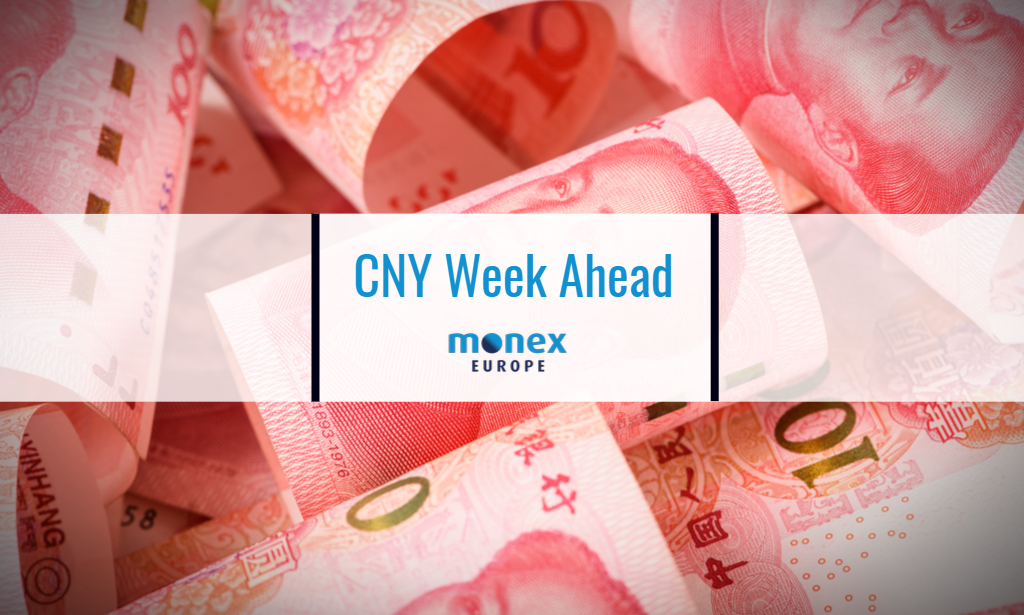 Repo rates were cut by 10 basis points on Monday, and a net 550 billion yuan was pumped into repo markets over the first two days of the week. CNY was allowed to depreciate above the 7.00 level, with the PBOC leaning against further depreciation.

On the whole, the response was effective: equity markets stabilised after Monday, USDCNY rallied and CNY was no longer reliant on the PBOC using its daily fix for support by Friday.

The risk rally was less impressive globally, with USD remaining well bid against most major currencies, but on the whole, it seems global markets judged the PBOC’s measures sufficient to prevent a wider sell-off of the sort seen in 2015 or 2019.

With markets avoiding a wider panic for now, focus will likely turn to the likely slowdown in the Chinese economy, prospects for containment, and the global impact on other markets and central banks.

A lower countercyclical factor suggests the PBOC is setting the daily fix higher than it otherwise would be, in order to support CNY.

First estimates of the impact of Coronavirus on Chinese and global GDP were released last week by various forecasters. Global central banks such as the Reserve Bank of Australia and the Monetary Authority of Singapore also began to respond to the possible effects of the virus.

Despite the wide and often heroic assumptions required to make these estimates, they are relevant for FX and global markets. While relevant, they should be taken with a pinch of salt due to the fact that the duration and extent of the outbreak remains unknown:

They estimate Q1 GDP growth will decelerate to 4% year on year, down from a previous forecast of 5.6%. This is equivalent to a 0.5% contraction in Q1 GDP. Growth is then expected to accelerate rapidly, reaching 6% y-o-y by the end of 2020.

Pantheon Macroeconomics are expecting a more dramatic 1% quarter on quarter fall, followed by a strong pickup through to the end of the year.

The Monetary Authority of Singapore loosened its monetary policy stance by allowing SGD to weaken, describing the change as being “in line with the weakening of economic conditions as a result of the outbreak of the 2019 novel coronavirus”.

Reserve Bank of Australia Governor Philip Lowe warned that the impact of coronavirus would be worse than the 2003 SARS outbreak, while also reiterating the RBA’s relatively upbeat policy stance and explicitly saying that he considered the risks of further cuts to outweigh any benefits.

Assuming that the effect of coronavirus is a sharp shock to Q1 growth in China, followed by a rapid recovery due to aggressive stimulus measures, there is a high potential for volatility in economic growth and financial markets globally.

Central banks will make different policy responses based on domestic conditions, creating the potential for heightened FX volatility, particularly in countries with significant exposure to the Chinese economy.

In addition to headline exports to China, economies reliant on particularly sensitive industries such as retail or tourism are likely to be more susceptible.

Crude oil prices also have high potential for volatility, with OPEC’s supply response another key unknown variable at this point. 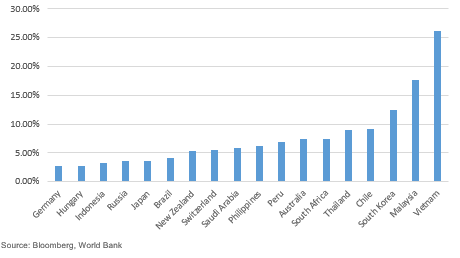 Disclaimer: This information has been prepared by Monex Europe Limited, an execution-only service provider. The material is for general information purposes only, and does not take into account your personal circumstances or objectives. Nothing in this material is, or should be considered to be, financial, investment or other advice on which reliance should be placed. No representation or warranty is given as to the accuracy or completeness of this information. No opinion given in the material constitutes a recommendation by Monex Europe Limited or the author that any particular transaction or investment strategy is suitable for any specific person. The material has not been prepared in accordance with legal requirements designed to promote the independence of investment research, it is not subject to any prohibition on dealing ahead of the dissemination of investment research and as such is considered to be a marketing communication.