Speculation over EURUSD parity continues as resistance on route holds up 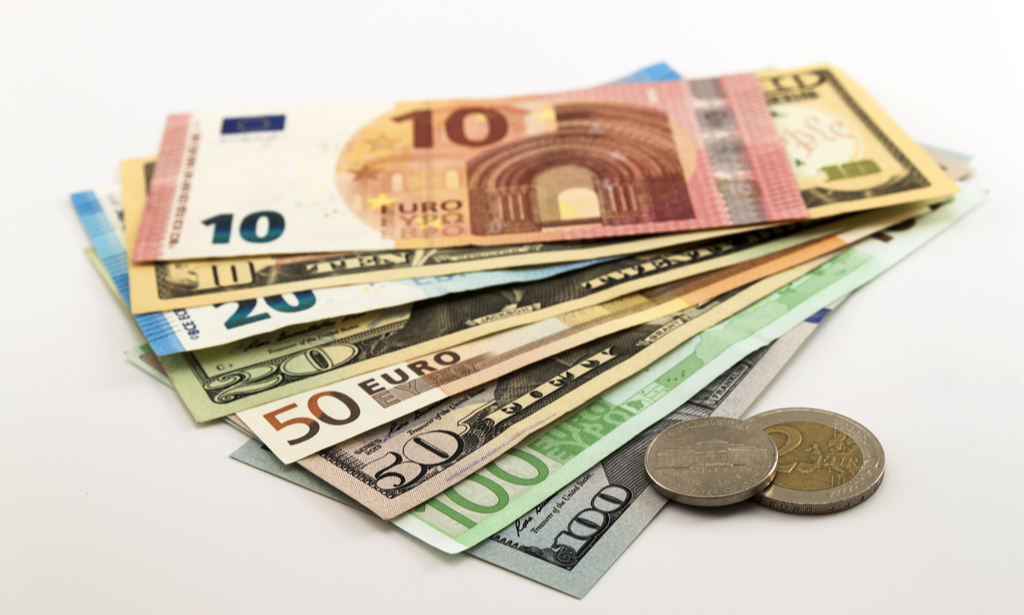 Sterling was among a number of currencies that fell substantially in yesterday’s session as global growth conditions weighed on risk sentiment. Meanwhile, as expected, noise from the political circus continued and likely continued to weigh on GBP sentiment at the margin. As the Conservative party aligns internally to conduct an in-house election for the next Prime Minister, news this morning suggests that Labour would attempt to seize the opportunity by calling a vote of no confidence in the House of Commons before a new PM can be installed. If upheld, this would trigger a fresh general election, forcing the Tory party to elect not a new Prime Minister, but a new face of the party as the electorate heads to the ballots. While a long shot from Labour given the Conservative’s majority in parliament and the fact that it is not in individual Tory MP’s best interest to head into another election given the party’s public perception problems at present, markets will still pay close attention to the prospect of a larger shift in fiscal policymaking. On an economic front, Governor Bailey will be speaking at an OMFIF event this evening at 18:00 BST, following his testimony to Parliament yesterday regarding the Bank’s latest financial stability report.

The euro wasn’t the only currency to notch losses in excess of a percent against the dollar yesterday. However, unlike other pro-cyclical currencies that also felt pressure from a stronger dollar, the euro sank to fresh 20-year lows. While parity is still very likely in the near-term, dip-buying continues to offer some resistance along the way. Additionally, multiple metrics ranging from FX “pain gauges” to the skew in option expiries suggest that profit-taking is likely to be aggressive should EURUSD drop below parity. As it trades just 0.25% above the psychological threshold, FX traders will be counting down the minutes until another run lower is triggered. The economic calendar is unlikely to provide some support for the single currency either today. German and eurozone ZEW survey data for July is likely to show sentiment continuing to nosedive under energy concerns and high inflation pressures at 10:00 BST, while from the ECB’s side, only Francois Villeroy de Galhau is scheduled to speak at 11:15 BST.

The dollar rallied aggressively against a select handful of G10 currencies, most of which have high sensitivities to global growth and risk conditions. The 1.04% rally in USDJPY is the exception to the above statement, however, as the market speculated that Prime Minister Kishida’s strong election victory in the upper house protects the longevity of growth-orientated fiscal and monetary policy in Japan. In essence, this protects the source of previous JPY depreciation–wide yield differentials– meaning upside pressure on USDJPY from capital flows is unlikely to dissipate any time soon. Generally speaking, traders didn’t discriminate on what currency to sell in favour of the dollar in yesterday’s trading session, despite some currencies experiencing losses in excess of a percentage point. With growth risks driven price action across all asset classes, the DXY index continued to shoot higher to the 108 handle. The last time the dollar was this strong was H2 2002. Today, just the NFIB small business optimism index will publish fresh data for June at 11:00 BST, with markets widely awaiting tomorrow’s pivotal June CPI release.

Despite the Canadian dollar sharing many characteristics with other high beta G10 currencies, such as AUD, NZD and NOK, the loonie evaded the broad rout yesterday as losses were limited to just 0.37% despite the further downturn in North American equities and the plunge close to $100 per barrel in oil. In our view, hawkish positioning ahead of tomorrow’s Bank of Canada meeting is providing the loonie with this level of stability, but should the BoC shock markets in a dovish manner by hiking only 50 basis points tomorrow, the USDCAD pair is likely to play catch up to the broad USD rally. Similar defensive price action in USDCAD may persist today as markets favour the greenback yet again, commodities point lower, and equity futures trade in the red.