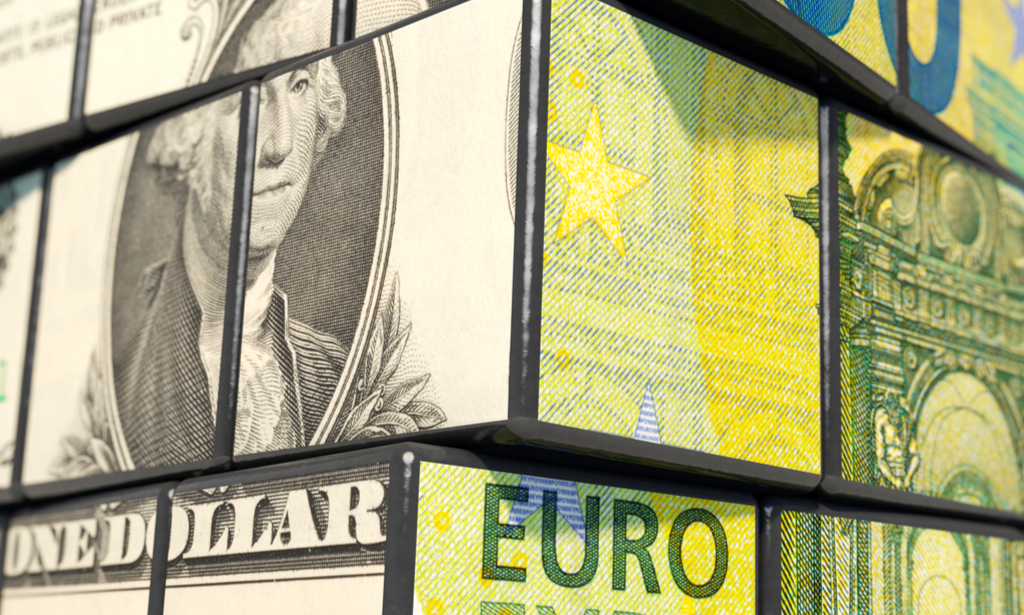 Sterling started yesterday’s session on the front foot as it traded higher with European equities. However, a mixed labour market report for the Bank of England to contend with, a downturn in equities, and then news that Nicola Sturgeon’s SNP party was preparing for a new Scottish independence referendum soon weighed on the pound. The sheer amount of factors weighing on the GBP outlook ultimately took their toll yesterday as the pound fell to its lowest level since the onset of the pandemic against the dollar. This morning, a more constructive risk backdrop is helping the pound regain some of yesterday’s percentage point drop, however, sterling’s continued underperformance within the G10 is notable. With very little economic data due out ahead of tomorrow’s Bank of England meeting, the pound will continue to trade at the mercy of broader dollar moves and the fluid political backdrop.

The single currency was buoyed by hawkish commentary from Dutch National Bank President Klaas Knot yesterday. Writing in the French paper, Le Monde, Knot outlined that if the current inflation environment persisted, the ECB would have to hike rates by more than the signalled 25bps in July, while he also favoured a much more aggressive hike at September’s meeting, alluding to the possibility that the ECB could embark on a 75bp hike. However, the single currency failed to hold onto gains as the dollar went bid across the entire G10 space. EURUSD ultimately closed the day flat. This morning, however, news that the ECB will be holding an emergency meeting at 10:00 BST/ 11:00 CET has lifted the euro by over half a percentage point. The increased prospect of a new tool to tackle market fragmentation (read: widening German Bund – Italian BTP spreads) has sparked a renewed bid in Italian BTPs, thus lowering their yields by around 25-30bp across the entire curve already this morning. While it is highly likely that the ECB will merely announce the flows of their PEPP reinvestments, that is bringing forward reinvestments of assets set to mature in the coming 12-months to flexibly purchase bonds in the near-term and narrow yield spreads, this may fall short for markets given its time-limited nature. A bigger commitment from the ECB will likely result in a much narrower Bund-BTP spread than 240bp currently on the 10-year instruments. By doing so, the central bank will clear a path to hike rates quicker and further. This is not lost upon markets this morning and if announced, will likely enable the euro to trade on a stronger footing through what could be a very turbulent FOMC meeting this evening.

Markets started yesterday’s session on a lighter note following Monday’s aggressive sell-off. However, the improved risk backdrop wasn’t set to persist, even though the US rates market had settled on the idea of a much more hawkish Federal Reserve over the course of the second half of this year. The dollar’s renewed bid took place largely due to the downturn in European equities mid-way through the morning session, which in turn soured the performance of US equities. Idiosyncratic factors, such as increased political risk in the pound, also weighed on broader market sentiment. This morning, however, the dollar is back trading on the defensive ahead of what is set to be one of the most momentous Fed meetings of the past decade. Although Monday’s WSJ article prompted markets to fully price in 75bp hikes from the Fed over the next two meetings, some sell-side analysts such as Citi and Bank of America still believe the central bank will follow their previous forward guidance and hike by 50bps. Given how elevated market expectations are for the Fed tonight, there is the risk that the US central bank underdelivers, however, by conducting a 50bp hike, Chair Powell runs the risk of effectively loosening financial conditions at a time when inflation is defying expectations. The announcement itself at 19:00 BST tonight will be key for determining the next trend in FX markets, especially as it is coupled with fresh staff projections and a new dot plot. Meanwhile, the tone of Chair Powell’s speech at 19:30 BST will also be closely monitored to assess his sensitivity to the current inflation environment.

After notching a 4% gain between May 13th and June 7th, the Canadian dollar has since reversed course under pressure from a renewed equity downturn and higher US rates. The loonie has since shed 3.4% against the dollar in the past five consecutive trading days, with 0.4% of that occurring in yesterday’s session alone. Bullish CAD traders will be hoping that the Federal Reserve undershoots market expectations tonight, thus taking some of the edge off of the historically strong US dollar. Should the Fed hike by only 50bps and not meet market expectations by signalling a year-end rate close to 3.6%, we expect the loonie to notch a strong rally along with US equities. However, with inflation still causing the Fed some headaches, the probability of such a scenario has diminished over the past few days.