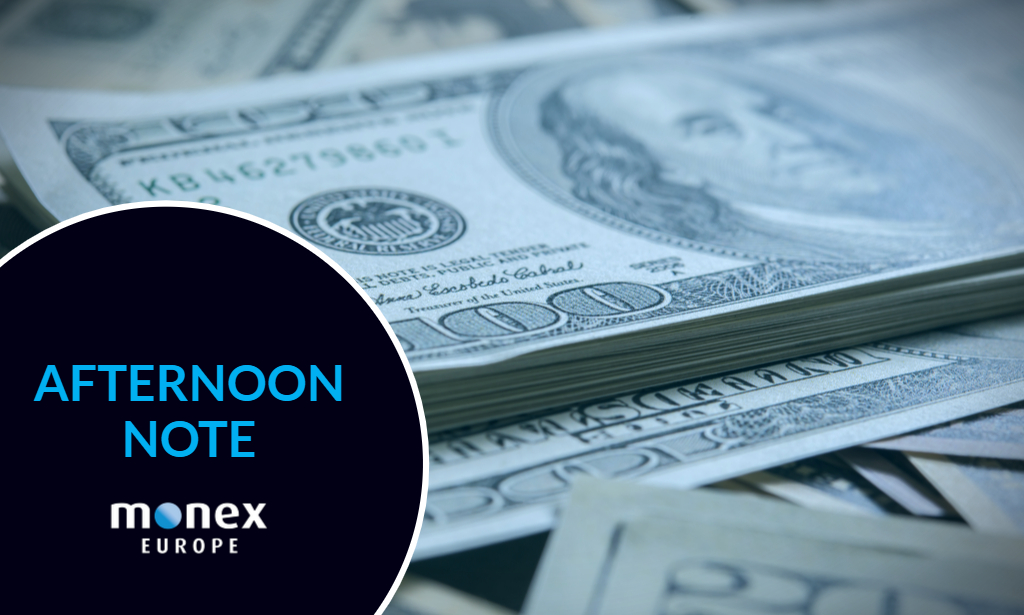 Monday has proven to be a reasonably uneventful open to the week after the tumult of the past three weeks. The dollar is trading modestly higher against the G10 currencies today, although there is little sign of the intense investor panic and risk aversion that drove the dollar to highs earlier in the month.

US Financial conditions have stabilised and by some measures even improved slightly, although in terms of levels they remain tighter overall than at any time since the financial crisis. Dollar funding stress also appears to have eased, while crude oil price plunged to below $20 a barrel in the US, prompting predictable sell-offs in oil-linked currencies. This morning’s dollar strength has proven far more pronounced in the EM space, with ZAR and MXN leading losses due to credit downgrades and crude oil price falls, while the PBOC has loosened monetary policy.

Dollar strength has returned to FX markets in a mild form today, with the Bloomberg dollar index likely to snap four days of losses today. No immediate cause is apparent, although President Trump appeared to abandon a previous drive to re-open the US economy in the near future. JPY is the best perfoming G10 currency since Friday’s close, while equities have generally performed badly, suggesting a broadly “risk off” vibe to the day’s price action. However, measures of USD funding stress and US financial conditions have not shown any signs of deterioration today, suggesting that for now, we may be seeing a sentiment-driven retracement in FX as opposed to a wider risk-off move.

The Bloomberg US financial conditions index is roughly stable, having improved slightly towards the end of last week, mostly due to the rally in equities. The money market components of the index such as the TED spread, Libor/OIS, and Commercial Paper? The bill spread is all roughly unchanged compared to last week. Credit spreads tightened significantly last week, and this morning the BAA/10 year Treasury spread has opened lower. Cross currency basis swaps for EUR and GBP are trading in the positives, while the JPY basis is stable at around 40 today. Taken together, these factors suggest that there is no impending tightening in financial conditions of the sort that drove the frantic dollar buying we saw earlier in the month.

Chart 1: G10 currencies vs US dollar, normalised as of 3rd March

NOK remains by far the wost performing G10 currency this month, followed by AUD and CAD.

EM currencies are back in the red today against the dollar, with ZAR and MXN leading losses after being double-hit by credit ranking downgrades and the plunge in oil prices. These downside moves are being followed across the board on the back of yuan´s underperformance after the PBOC introduced new easing measures.

Oil prices sank to a fresh 17-years record low this Monday on falling global demand amid increasing crude supply by major producers. With no foreseen avenue for a coordinate response to boost prices, the price war between Saudi Arabia and Russia is already testing the market. Most petro-countries are already running well below their fiscal breakeven levels, with their eurobonds carrying heavy losses in March. There are very few oil emerging markets that can survive with sustained prices below $40pb, and S&P already downgraded nine oil producing countries last Thursday including Saudi Arabia, Russia, Mexico and Nigeria.

The PBOC enacted a rate cut on the interest costs passed on short-term bank loans, as the country ramps us their response to the economic shock from coronavirus. The cut on the 7-day reverse repurchase agreements by 20 basis points to 2,2% is the largest since 2015, and was accompanied by an injection of 500bn yuan ($7,1bn) into the banking system. The reduction in the bank´s main liquidity tool hints at coming reductions in the 1-year funding tool and a corresponding cut to the benchmark deposit rate. This policy move signals commitment to follow the massive monetary easing carried out around the world. Pressures on the FX market has been joined by a slight devaluation in the USDCNY fix rate set by PBOC on daily basis, with a Goldman Sachs estimate of the countercyclical factor indicating China may have briefly entered into “currency manipulation” territory for the first time since early February. The PBOC´s sustained use of the countercyclical factor could drive further weakness in the EM currency space.

EM currencies are on the red early this week