Sterling sells off on latest brinkmanship from Boris 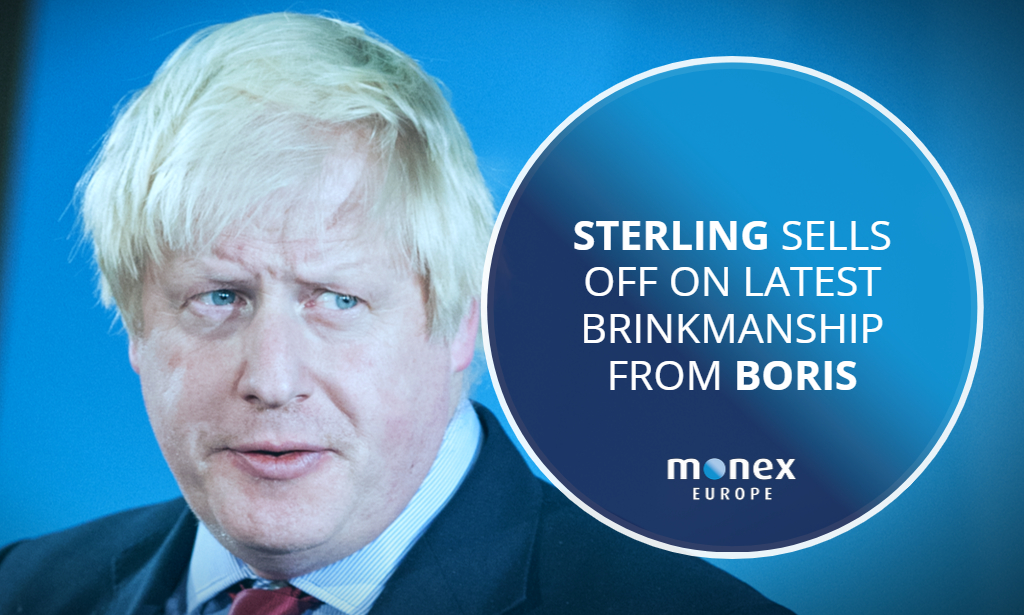 Sterling is lower this morning after the UK Government set out its negotiating position for EU trade talks.

As outlined in earlier speeches, the mandate is a bid for absolute control over UK standards for competition, environmental standards, labour rights, and the other areas that the EU has insisted must be subject to “level playing field” provisions. There is now a wide and very clear gulf between the red lines drawn by the two sides.

Once again, there is a risk that a deal cannot be struck and the UK will leave the transition period on WTO terms at the end of this year.

There’s a big element of deja-vu to what this means for markets: no-deal is a source of uncertainty and risk, and therefore sterling will trade on the back foot until some kind of progress is made.

The ultimate outcome remains as unknown as ever, although for now, our base case remains that a deal covering goods will be struck, mostly out of mutual economic interest on both sides of the channel.

The EU’s mandate does not explicitly require “dynamic” alignment – so perhaps there is more room to compromise on both sides than the current rhetoric suggests.

Boris Johnson’s motive for ousting Sajid Javid is now clear: the Government knew it would create another uncertainty shock for the UK Economy, and needed a chancellor willing to not only prime the fiscal taps, but have them replaced with fire hoses in order to mitigate it.

Business sentiment has only just recovered from a serious slowdown due to political uncertainty in Q4, and this latest drawing of red lines risks another bout of uncertainty slowing growth.

A large spending boost may indeed be able to mitigate this shock – but the pressure on Rishi Sunak to deliver a blockbuster budget in March is now even greater.