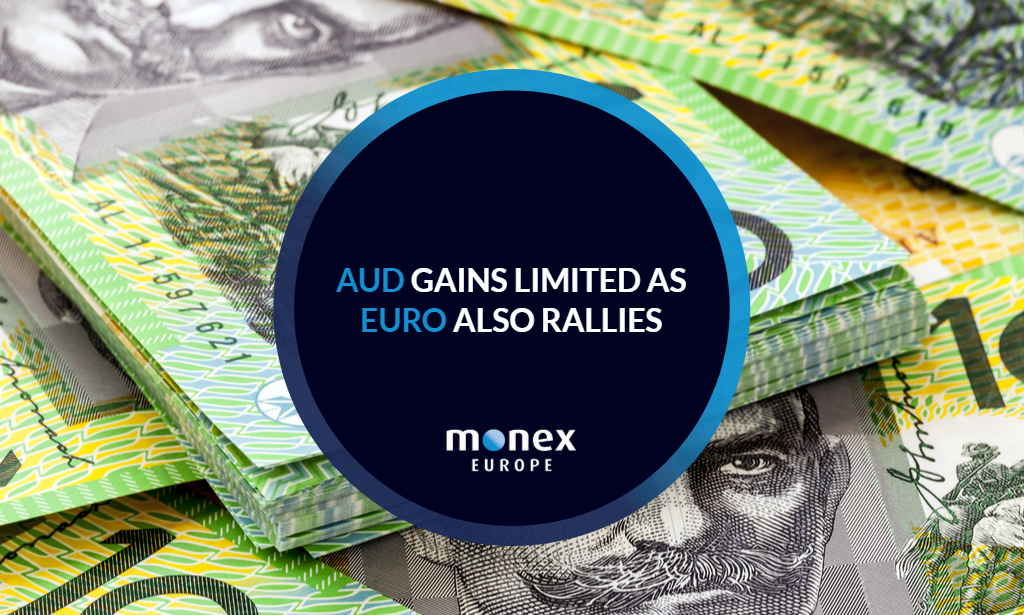 The Australian dollar has been one of the main beneficiaries of broad dollar weakness over the course of the last month, as Australia’s relative success in controlling the domestic outbreak led to lockdown measures being scaled back earlier than in other developed markets.

This is evident in the currency market, with AUDUSD trading up to the 0.7 level in June – an 11-month high. The Aussie dollar also rallied close to its 2020 high against the euro, with gains more contained against the single currency as the euro also rallied from broad USD weakness. As a result, the AUD rally against the EUR wasn’t as dramatic as seen in AUDUSD.

AUD trading in the green vs USD over 1-month horizon

However, it doesn’t look like plain sailing for the Aussie dollar anymore after a six-week lockdown was announced on the 7th July, and fears of a second wave are increasing.

Cases currently exceed 10,000 while areas of Sydney have also been declared coronavirus outbreak hotspots by the state government. On Tuesday, local authorities in Sydney announced that they would reverse some easing of the social distancing measures – pubs are allowed to have a maximum of 300 patrons regardless of their size, and group bookings are halved to 10. Additionally, Victoria Chief Health Officer Brett Sutton stated yesterday that further restrictions need to be considered as “we can’t rule anything out if there aren’t sufficient mechanisms to drive down transmission”. The surge in cases has dashed the hopes of Prime Minister Scott Morison, who previously hoped he would be able to help revive a crippled economy by easing most of the social distancing rules by end-July.

Australia has so far attempted to absorb the economic blow of the virus using multiple fronts including fiscal, monetary and prudential tools.

The Reserve Bank of Australia reduced its cash rate target to the lower bound of 0.25% while expanding daily market operations both in size and maturity to increase liquidity from the banking system. The central bank also began explicitly targeting the yield on 3-year government debt, also set at 0.25%. Additionally, the Bank implemented a funding facility to support non-bank lenders. At the fiscal level, the government implemented a stimulus package worth A$137.2bn (7.2% of GDP) to support businesses and households while also announcing A$5bn to strengthen the healthcare system. Reflecting these policy actions, the recent economic data points to a somewhat better-than-expected quarter in June than initially feared, although declines in GDP and labour have still been historically large globally.

Business confidence rebounded from -20 in May to +1 in June according to a NAB report released today, while weekly consumer confidence had been sharply rebounding since the crash in March until a week ago when stage three lockdown restrictions were re-imposed across Melbourne and Mitchell Shire. The Aussie dollar reacted to the renewed virus fears and has marginally weakened against both the euro and dollar. Looking ahead, the currency remains at the mercy of the dynamics of the local pandemic mainly as second wave fears have become more advanced in Australia compared to other developed economies.

However, the currency’s strength naturally remains tied to global risk appetite as well and the recent localised outbreaks in Australia should be viewed in the context of the global outbreak.

In this light, it helps to explain why the Aussie dollar hasn’t seen a substantial sell-off on the news of Melbourne lockdown and Sydney’s tightening of controls. The outbreak in end-Q1 and beginning of Q2 saw a synchronised economic downturn globally with worse than expected economic data. However, the speed in which the Australian authorities controlled the virus and therefore eased lockdown measures is evident in currency markets with the AUD rally. Australia’s economy is expected to have shrunk by 10% in H1 2020 according to the latest Reserve Bank of Australia monetary policy report, compared to 30% in the UK and 17% in the eurozone as per their central bank’s forecasts. The Federal Reserve foresees a -6.5% change in real GDP in 2020, which includes the anticipated Q3/Q4 bounce-back on the assumption that the economy would be up and running in H2 2020. So while parts of Australia’s economy have re-implemented stricter lockdown measures, this must be considered against a backdrop of less initial economic damage. When factoring in the current dynamics in the US as authorities battle to contain the outbreak in the sunbelt states, and the difficulty other major developed nations are having with loosening lockdown measures, the recent news about Melbourne and Sydney hasn’t dramatically affected markets as much as it would have back in Q1.

In our last forecasts, we anticipated EURUSD to rally to 1.16 over the next four quarters and AUDUSD to rally to 0.76. Triangulation suggests EURAUD would fall to 1.53 in Q4 as we anticipate a stronger level of appreciation in the Aussie dollar for the reasons mentioned above.

This stems from Australia’s success in handling the virus in the early stages, the RBA repeatedly suggesting they won’t cut into negative rates, and the central bank having no objections with the latest bout of currency strength, unlike the Reserve Bank of New Zealand dollar. A prominent upside risk to this outlook however is the implementation of the massive EU recovery package that will be discussed at the EU summit on July 17-18. Should the recovery fund show signs of completion, the promise of further fiscal expenditure for the economic bloc will likely result in a sharp appreciation in the EUR. Although, it must be noted that previous discussions about the composition of the recovery fund have yet to bear fruit.